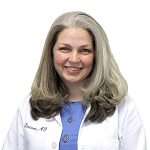 Maria M. Emerson MD, FACOG is a board-certified Obstetrician and Gynecologist practicing at OBS-GYN of Rockland in New City and Stony Point. She is also the Director of Obstetrics and Gynecology at Montefiore Nyack Hospital. Dr. Emerson comes to Highland Medical with a wealth of experience, most recently from the Bronx Healthcare System where she held the position of Director of the Women’s Health Clinic and Health and Wellness Gynecology. She was an instructor of Obstetrics and Gynecology and Women’s Health at Albert Einstein College of Medicine in the Bronx, NY and an Assistant Clinical Professor in the Department of Obstetrics, Gynecology and Reproductive Science at the Icahn School of Medicine at Mount Sinai in New York, NY. Dr. Emerson earned her Medical Doctorate with distinction in research in women’s health from Albert Einstein College of Medicine in Bronx, NY and completed her Residency at Bronx Lebanon Hospital Center in Bronx, NY.  Dr. Emerson has a Masters in Healthcare Delivery Leadership from the Icahn School of Medicine at Mt. Sinai, she is fluent in Spanish and enjoys international cultures, foods, cooking and gardening. 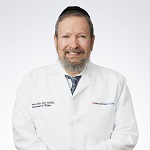 Dr. Theodore Hale is a board-certified Obstetrician and Gynecologist with Highland Medical, OBS-GYN of Rockland and Fellow of the American College of Gynecology.

He was previously a part of The Hudson Center for Women’s Health for many years and has  joined Highland Medical as of  June 2022 with his colleagues. Dr. Hale also sees high-risk patients at the Prenatal Center at Montefiore Nyack Hospital. Prior to practicing at The Hudson Center for Women’s Health, Dr. Hale was the Chief of Urogynecology at NYC Health and Hospital Corporation, North Central Bronx Hospital in the Bronx, NY.

Dr. Hale served as the Accreditation Council for Graduate Medical Education (ACGME) Residency Director of OBGYN  at Lincoln Hospital, an affiliate of Weill Cornell Medical College and is Acting Chairman/Associate Chairman of OBGYN at Lincoln Medical Center in the Bronx, NY. (New York City Health and Hospital Corporation) Dr. Hale was elected and is on the Board of Director of Doctors Council safety initiative for NYC Health and Hospital Corporation representing  North Central Bronx Hospital .

He completed his residency in Obstetrics and Gynecology at the State University at Buffalo, NY and his internship at Sisters of Charity Catholic Hospital in Buffalo, NY. He has contributed to many professional peer-reviewed articles and books in Obstetrics and Gynecology, has presented to ACOG National District Meeting in New York and has presented many grand round lectures (Guest Professor) for continuing medical education at the Weill Cornell Medical College OBGYN in NYC .Dr. Hale was awarded the National ACOG Faculty attending of the Year twice and was an Associate Clinical Professor of OBGYN at New York Weill Cornell Medical College in New York City.

He received his Master's Degree in Public Health Administration from Central Michigan University and was The Assistant Hospital Administrator at Broward County Medical Center at Pembroke Hospital in Florida. He received his medical doctorate from Santiago University of Technology in Santiago, Dominican Republic. 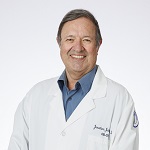 Jonathan J. Jakus, MD, ABOG is a board-certified obstetrician and gynecologist. For over 40 years he has served the Rockland County Community as the primary physician of his private practice, Hudson Center for Women’s Health. Since joining Highland Medical, he continues to inspire trust and confidence by providing comprehensive care to his patients.

Dr. Jakus received his medical degree from Semmelweis Medical University in Budapest, Hungary and graduated Summa Cum Laude. He completed his internship in general surgery at Albert Einstein College of Medicine. He was a resident and administrative chief resident in Obstetrics and Gynecology at St. Luke’s Women’s Hospital of Columbia University in New York City. Dr. Jakus was instrumental to the establishment of the first modern collaborative Midwifery Practice in Nyack. Since then it has become the largest of its kind in the Hudson Valley, assisting in the delivery of close to 1000 babies a year at the state of the art Maternity Department of Montefiore Nyack Hospital.

Dr. Jakus is a senior attending, past Chair of the Department of Obstetrics and Gynecology, and Medical Director of the Prenatal Center at Montefiore Nyack Hospital. He has held appointments at Columbia University and Touro Medical College teaching medical students and residents in the art of obstetrics and gynecology. As the first one at Nyack Hospital to perform minimally invasive laparoscopic surgery, he developed a microinvasive laparoscopic tubal sterilization procedure.

He enjoys traveling with his wife, playing tennis with friends, skiing with family and spending time with his grandchildren. 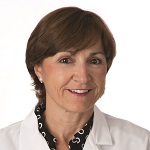 Dr. Irene Kelly is a board-certified obstetrician-gynecologist and practices at Highland Medical, OBS/GYN of Rockland.

Dr. Kelly received her medical doctorate from the University of Navarra, Pamplona, Spain. She completed her Internship at Jewish Hospital and Medical Center in Brooklyn, NY and her Residency at Interfaith Medical Center in Brooklyn, NY. She is a Fellow of the American College of Obstetrics and Gynecology and an attending physician at Montefiore Nyack Hospital. Currently her practices consist of office based GYN and minor surgical procedures. Dr. Kelly has worked, lived and raised her family in the community for over 30 years. She enjoys swimming, cycling, running, skiing and sailing.

Naji A. Wajid, DO, FACOG 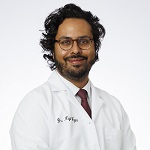 Naji A. Wajid, DO, FACOG specializes in Obstetrics and Gynecology at Highland Medical, OBS-GYN of Rockland in New City and Stony Point, NY.

Dr. Wajid will be a valuable addition to the Highland Medical, OBS-GYN of Rockland team and will contribute considerable knowledge and expertise in labor and delivery, neonatal and postpartum care, and advanced laparoscopic surgery. 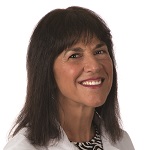 Debra Gilhooly, MSN, WHNP-BC is a certified women’s health nurse practitioner at Highland Medical, OBS-GYN of Rockland. She has been caring for patients at OBS-GYN of Rockland since 1999.  As a WHNP, Debra is licensed to provide gynecological care to women throughout their lives. She provides prenatal and postpartum care and counseling, as well as comprehensive health care services for women, including contraceptive counseling and family planning. Her focus is promoting healthy living by counseling and educating women about preventive measures to stay healthy and avoid illness.

Debra received her Bachelor of Science in nursing from Mercy College and her Master of nursing from Columbia University. She was valedictorian and received the medical staff award from The Cochran School of Nursing for academic excellence and bedside nursing.

Debra has worked as a professor of Maternal Child Nursing and is passionate about education. She concentrates on educating her patients, as well as future nurse practitioners.

Debra enjoys being active and spending time outdoors. She loves to swim, bike, kayak, and garden with her husband and two children. 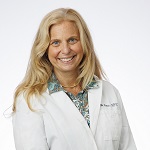 Yvette Sims, RN, MSN, FNP-C is certified nurse practitioner at Highland Medical, OBS-GYN of Rockland. She specializes in adolescent and women’s healthcare and has been caring for patients for over 20 years in a private practice, urgent care and hospital settings. She also serves as a preceptor for Nurse Practitioner graduate students. She specializes in hormone imbalance.

Yvette received her Bachelor of Science in nursing from Binghamton University and her Master of Science, Family Nurse Practitioner from Pace University in New York. When she is not at work she is a mother of two teenage boys and loves hiking and yoga.